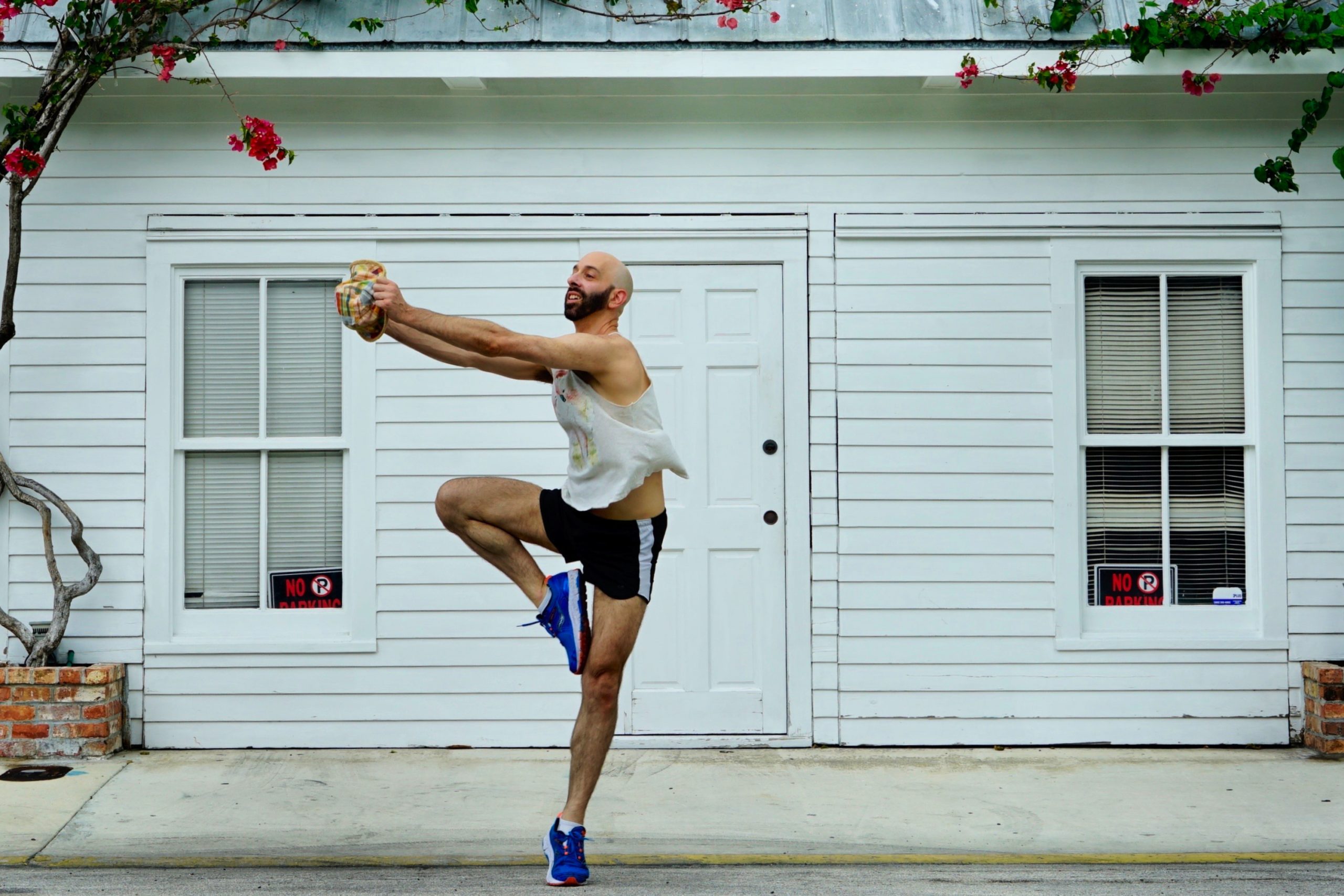 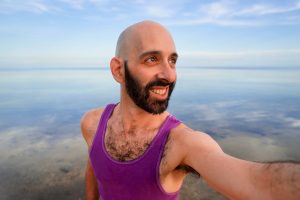 Daniel Gwirtzman started folk dancing in elementary school and hasn’t stopped dancing since. This communal dance form has informed a practice and pedagogy that seeks to reveal humanity and celebrate human achievement. A producer, educator, filmmaker, and performer, he celebrates twenty-six years as a New York choreographer and company director. His diverse repertory of over a hundred dances has earned praise for its playfulness and invention. “Mr. Gwirtzman does know that in dance less can be more. And that’s a good thing for any choreographer to know” writes The New York Times. The New Yorker describes him as a choreographer of “high spirits and skill.”

Daniel Gwirtzman Dance Company was founded as a teaching and performing organization in 1998 and incorporated as a non-profit in 1999. Celebrating its 23rd Anniversary, the Company has gained acclaim for its virtuosity, musicality, accessibility and charisma. “A troupe I’d follow anywhere” (The Village Voice), a “troupe of fabulous dancers” (Backstage) that “can’t help but smile” (The New Yorker). Performance highlights include Jacob’s Pillow Dance Festival, Edinburgh International Fringe Festival, The Kennedy Center, The Studios at Key West, Whitney Center for the Arts (Wyoming), The Yard (Martha’s Vineyard), and, in New York, Jazz at Lincoln Center, The Museum of Jewish Heritage, the Queens Museum of Art, La MaMa, Joyce SoHo, The Flea Theater, Ailey Citigroup Theater, Fire Island Dance Festival, Battery Dance Festival, Bryant Park Presents, and the Brooklyn Academy of Music’s BAM Fisher.

Dance critic Deborah Jowitt has summarized Daniel’s style as “blending casualness with precision.” The intersection of people is at the repertory’s heart, challenging risk-taking, speed, and trust as physical exemplars of the possible. For Daniel, dance is inherently optimistic and aspirational. His exuberant performing and teaching style seeks to communicate a zest for life through dance. Since its inception, the nonprofit has focused on education through inclusive, multigenerational programming that is interactive and accessible, through a range of partnerships. Programs have encouraged communities to be actively integrated into the dance-making and performing processes, striving to teach how dance can play a meaningful part of one’s life. The Company believes that everyone can dance.

Daniel has been creating dance films over the past decade. No Trespassing screened at the American Dance Festival, and was included in an anthology of screendance. The joyful Brazil series – Pier, Rock The Boat, Crab World, and Into The Streets – has screened in numerous festivals. Sisyphus, forever pushing a wheeled piece of farm machinery, is metaphorically resonant now. Stranded and Street, filmed in Key West, show off a quirky, humorous side. Terrain, the most screened, was filmed in Spain, and last shown in April 2021 in Nepal. May 2021 he will premiere Charged for the Texas-based Flatlands Dance Theater and Dandelion for Long Island City’s Green Space season. In June, he premieres Willow and Dollhouse.

The Company’s dance film The Fantasyland Project, which Time Out New York selected as among “the best live theater to stream online” was one of the first new dance films to emerge from the pandemic, premiering July 2020. A year later, June 2021, Dance With Us, an educational digital platform launches. This multi-faceted project, with leadership support from The Rockefeller Brothers Fund, explains ways to view and speak about dance. Utilizing performance and studio footage, the resource demystifies concert dance by teaching fundamental concepts of the art form. This digital resource will be distributed widely and freely, contributing to the Open Educational Resources movement, part of the Company’s continued commitment to equity, inclusion, and accessibility.

A member of Daniel Gwirtzman Dance Company for the past twenty-two years, Gwirtzman was a member of Garth Fagan Dance and toured internationally as a guest artist for multiple years with the Mark Morris Dance Group. He has been described as “a willowy John Travolta, sensual, playful, a rag doll, unusually supple, and one who moves like the wind.” He received his BFA from The University of Michigan and his MFA from The University of Wisconsin. In 1995 he co-founded Artichoke Dance Company, for which he choreographed and danced.

“Founded upon a philosophy that dance should celebrate human achievement through a combination of discipline and unbound optimism.” The New York Sun

“Provocative, whimsical, and ethereal, the Daniel Gwirtzman Dance Company defies expectations of postmodern dance and soars, unafraid to take risks and dazzle with unflinching honesty. What is remarkable about the company is the ability to breathe and connect with each other in simple gestures as much as grand displays of technical prowess. In a few of the opening dances, intersections amongst couples prevailed thematically, but there was no cliché in sight. The company shoots energy through every limb and glance the entire evening, and Gwirtzman’s choreography shines through in every piece as an ultimate force of nature.” OnStageBlog.com

Interlochen Center for the Arts

University of the Arts – Dance 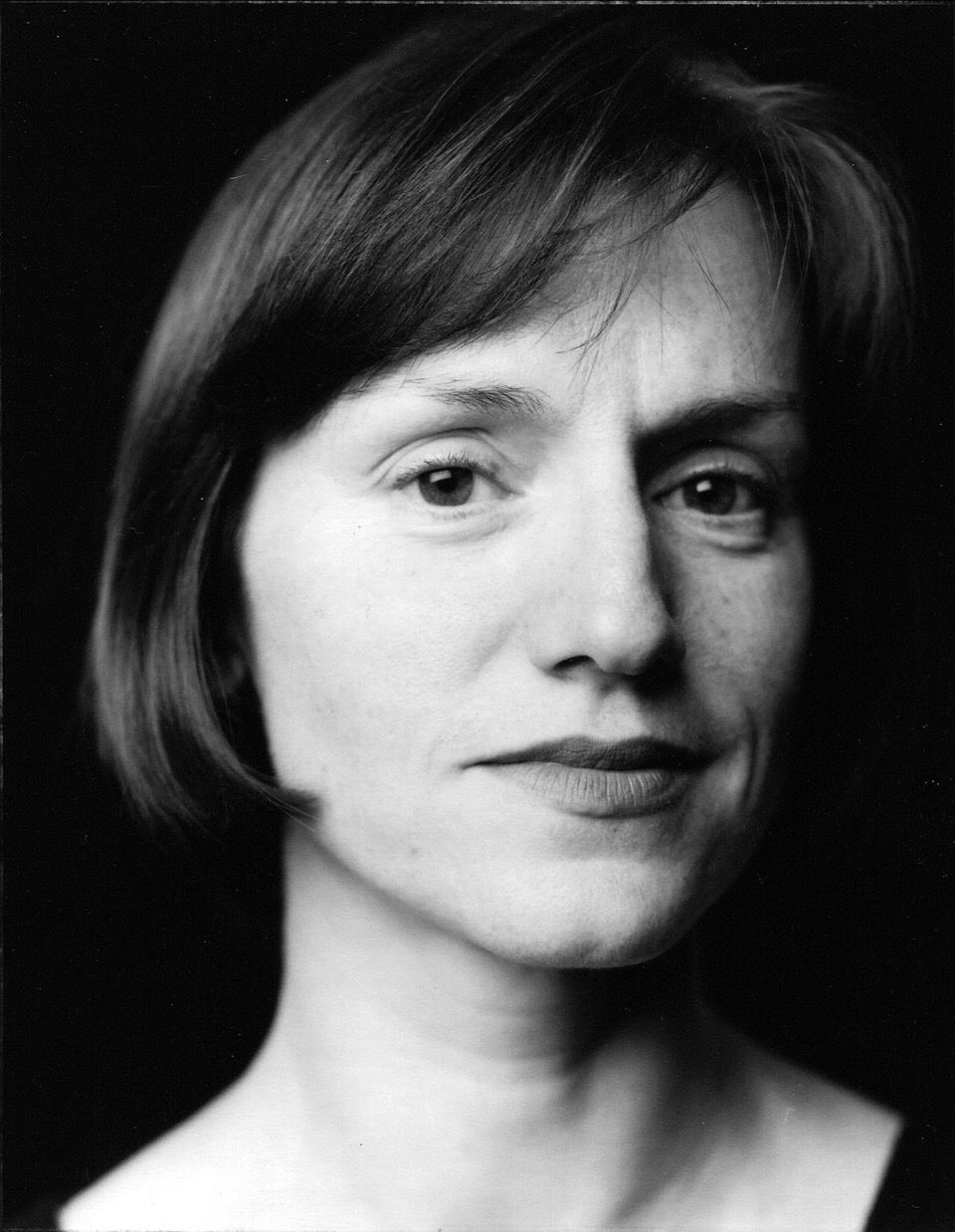 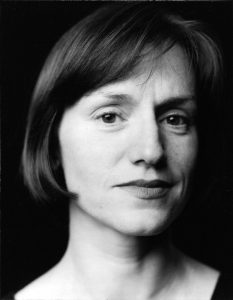 Tina Fehlandt was a founding member and integral part of the Mark Morris Dance Group for twenty years, performing in over 50 works choreographed by Mark Morris.  With the Group she toured the world and appeared in several television specials, most notably as “Louise” in Mr. Morris’ production of The Hard Nut. She has been the subject of feature articles in Self-Magazine, Dance Magazine, and Dance Teacher.  In Ballet Review, Ms. Fehlandt was hailed as “one of the most beautiful dancers anywhere.”

Ms. Fehlandt is a full time Lecturer in Dance at Princeton University’s Lewis Center for the Arts where she teaches all levels of Ballet and Modern Dance.  She continues her association with MMDG as an instructor in the Summer Intensives and as Faculty at The School teaching Professional/Advanced Ballet.

Behind the Curtain: The Mark Morris Dance Group – Tina Fehlandt on “L’Allegro”

Toast of the Town – The Ed Sullivan Show

“Out Loud” by Mark Morris