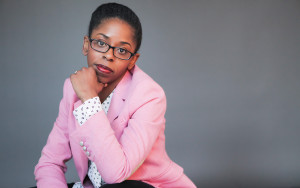 TIFFANY REA-FISHER is the newly appointed Artistic Director of Elisa Monte Dance.  Tiffany joined Elisa Monte dance in 2004 where she was principal dancer until 2010, performing lead roles in classic works such as Treading, Pigs and Fishes, Shattered, and Volkmann Suite. She was named Dance Magazine’s “On the Rise” person for their 2007 August issue based on her performance during the company’s 2006 season at the Joyce Theater and since then has been featured in nation and international publications for both her dancing and choreography. As a choreographer Tiffany has had the pleasure of creating numerous pieces for the company most notably meeting and having her work performed for the Duke and Duchess of Luxembourg.

Tiffany’s work extends well beyond the stage creating work for the film, fashion and the music industry. In 2012 Tiffany was chosen to create a new work for the Louis Vuitton / Reconstruction 3.0 Life is a Journey project. In 2015 Tiffany choreographed Transcendence a dance film for fashion designer Paola Hernández 2015 fashion week runway show. Paola and Tiffany are currently collaborating on a live fashion, dance film event for Paola’s line for the winter of 2016.

Teaching is a big part of Tiffany’s position and she has since taught master classes and workshops at The Ailey School, City Center, Dance New Amsterdam, Dickinson State University, George Mason University, Juilliard, NYU Tisch, Peridance, SUNY Purchase, and Wells College . Currently she is on faculty at the Joffrey School of Ballet and a substitute teacher at Steps on Broadway.

In 2009 Tiffany and her husband started the non-profit Inception to Exhibition (ITE) which supports NYC-based artists in the fields of Dance, Theater, Music and Film through monetary grants and performance/exhibition opportunities. Tiffany’s current affiliations include Women of Color in the Arts Member, Dance/USA Member, Steps on Broadway (substitute teacher) and Purchase College (substitute teacher).

Tiffany Rea-Fisher received her BFA from the Conservatory of Dance at Purchase College SUNY.  While at Purchase she co-founded ForArts, the school’s first interdisciplinary presenting organization, which provided opportunities for students from different conservatories to create collaborative works. In 2004 Tiffany created, directed, and curated Dance at the Tank. She left the Tank in 2007 and currently serves on their advisory board. 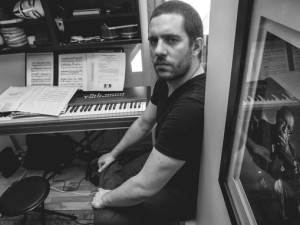 ABOUT DORIAN WALLACE: COMPOSER AND MUSICIAN

Notable work includes We Are Legion, an immersive chamber work inspired by the hacktivist collective, Anonymous, The Rest !s Sh!t: Stories from the Microchasm, an opera-for-television, and his performance of Buddy, “The World’s Greatest Piano Player” in Robert Ashley’s opera-for-television Perfect Lives.

He studied Music Composition with Sebastian Birch, Pat Pace, Tom Janson, Frank Wiley and Chas Baker at Kent State University. He has served 7 years in the US Army National Guard and is a member of the 63rd Army Band. Dorian currently resides in Harlem, New York City with his partner, violinist Hajnal Pivnick.

The Rite of Spring

John Cage, Rules of Being a Student

Anonymous Work – “We are Legion”

“The Art of Peace”