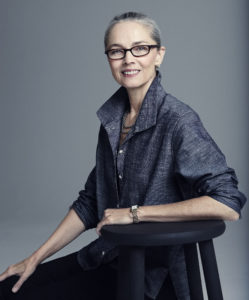 JANET EILBER has been Artistic Director of the Martha Graham Dance Company since 2005. Her direction has focused on creating new forms of audience access to the Graham masterworks. These initiatives include designing contextual programming, educational and community partnerships, use of new media, commissions of new works and creative events such as the “Lamentation Variations”. She has also reconstructed lost Graham works, remixed Graham choreography and created new staging in the Graham style for theater/dance productions of “The Bacchae” and “Prometheus Bound”. Earlier in her career, as a principal dancer with the Martha Graham Dance Company, Ms. Eilber worked closely with Martha Graham. She danced many of Graham’s greatest roles, had roles created for her by Graham, and was directed by Graham in most of the major roles of the repertoire. She soloed at the White House, was partnered by Rudolf Nureyev, starred in three segments of Dance in America, and has since taught, lectured, and directed Graham ballets internationally. Apart from her work with Graham, Eilber has performed in films, on television and on Broadway directed by such greats as Agnes deMille and Bob Fosse and has received four Lester Horton Awards for her reconstruction and performance of seminal American modern dance. She has served as Director of Arts Education for the Dana Foundation, guiding the Foundation’s support for Teaching Artist training and contributing regularly to its arts education publications. Eilber is a Trustee Emeritus of the Interlochen Center for the Arts. She is married to screenwriter/director John Warren, with whom she has two daughters, Madeline and Eva.

“The Little Prince and the Aviator”

“Whose Life is it Anyway?” 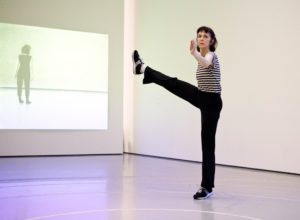 Pat Catterson’s parents were a ballroom dancing team and her paternal grandfather a Vaudevillian tap dancer. Born in Indianapolis, she has been a NYC based artist for fifty years presenting her first full evening at Judson Church in 1970. Since then, she has choreographed 110 works, receiving many accolades including a 2011 Solomon R. Guggenheim Choreography Fellowship and multiple Choreography Fellowships from the National Endowment for the Arts, the CAPS Grants and the Harkness Foundation, as well as a Fulbright Commission. A dedicated educator, she has been on the faculties at Sarah Lawrence College, UCLA, the Juilliard School, and the Merce Cunningham Studio, among many others. For twenty years she taught her own tap classes in NYC and has been a guest artist all over the US and in Europe, most recently at the Kalamata Dance Festival in Greece and at Centre national de danse contemporaine in Angers France. Her writing has been published in Ballet Review, JOPERD, Attitude Magazine, Dance Magazine Online, the Getty Iris, and the Dance Research Journal. She first performed Yvonne Rainer’s work in 1969 and since 1999 has worked as her dancer, rehearsal assistant, as well as custodian of Rainer’s early works, touring nationally and internationally. In the past year she staged three Rainer works on the Stephen Petronio Company and this last May staged three others on four dancers for the Dublin Dance Festival at the Irish Museum of Modern Art. She earned her BA in psychology and philosophy from Northwestern University and her MFA in Interdisciplinary Arts from Goddard College. Her latest dance works have been “Artifice,” a consideration of the act of performing performed by eight dancers and five surprise performers premeiered at Triskelion, “NOW. “, an installation/performance/event that paired her eight NYC dancers with those in nine other countries dancing live together via Skype projection, and her current work, “Project 111: 12 by 6,” a series of solos for six different dancers created from the same base of twelve movement phrases. Rather than in a live performance, it will be “premiered” online this summer via various platforms.