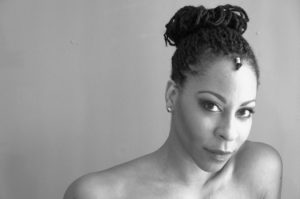 Founder of MoBBallet, Theresa Ruth Howard is an expert and advocate on the issue of diversity in Ballet. She has sat on panels for Dance/USA, Dance/NYC, Collegium for African Diaspora Dance at Duke University, and collaborated with International Association of Blacks in Dance in the planning and facilitation of the first Ballet Audition for female ballet dancers of color. A former member of the Dance Theater of Harlem, and Armitage Gone! Dance, Howard has worked extensively with choreographer Donald Byrd, and was a guest artist with Complexions Contemporary Ballet. As a contributor to Pointe, Expressions (Italy), Tanz (Germany) and dance media publications, Howard has emerged as a clear and defining voice on topics such as body image and race. She holds more than 17 years of experience as a dance educator including Ballet Faculty at the Ailey School.

The Moving Architects joins this annual outdoor dance festival series in the heart of NYC alongside three other dance companies, Harlem School of the Arts, Black Boys Dance Too, and Limon Dance Company. 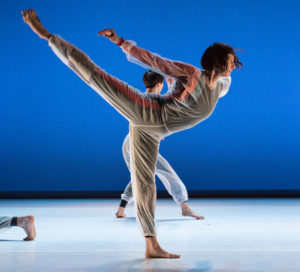 Xan Burley works in New York City as a performer, teacher, arts administrator, and choreographer in collaboration with her partner Alex Springer and has been a member of Doug Varone and Dancers since 2012.

The work of dance artists Xan Burley and Alex Springer, as creative and life partners, is inherently and essentially collaborative. Since 2008, their cohesive efforts have taken shape as dance theatre for the stage and camera, interdisciplinary work, site-specific performance, durational exhibition, and community engagement. They strive to make work that inhabits spaces holistically, creating physical landscapes that harmonize with each individual project. With multidisciplinary collaborators, they collectively design comprehensive aural, visual, and contextual environments in which performance is experienced intimately.

Their work, under the moniker the Median Movement, has been presented in NYC by Movement Research at the Judson Church, Danspace Project’s DraftWork series, the 92Y, the TANK, Triskelion Arts, MATA Interval at the Museum of the Moving Image, and Gowanus Art & Production, among others. In May of 2016, they developed for North, an evening-length interdisciplinary project, as recipients of Center for Performance Research’s inaugural Tech and Production residency. With support from CPR’s Mertz Gilmore Late Stage Production grant, the project premiered there in December 2016. Their yearlong 2013-14 artist residency at University Settlement culminated in sold-out performances of JACK Rally featuring 26 performers, some of whom participated in their accompanying community engagement project. They were invited as resident artists to Cultivate New Hampshire in the summer of 2014 where they held workshops and developed and shared work in collaboration with sound/visual artist Will Owen. In 2011, they received BAX/Brooklyn Arts Exchange’s Fall Space Grant, premiering a new piece after three months in residence. Burley and Springer will perform their duet You being Me being You and the Eye as part of New Dance Alliance’s Performance Mix Festival in June 2017. In addition, this August they will be Research Fellows at Jacob’s Pillow, presenting a new site-specific work at Inside/Out, and will spend a month in residence at the Marble House in Vermont this September.

Burley and Springer were honored to receive the 2015 Emerging Artist Award in Dance from their alma mater, the University of Michigan. They were DANCENOW’s 2011 Joe’s Pub Festival Encore Challenge winners and received DFA’s 24-Hour Challenge Silver Award (2009) for their screendance daylighting.  An Ostrich Proudly was featured on Hulu in TenduTV’s Essential Dance Film and their choreography appears in the feature-length film Frances Ha (2013).

Burley and Springer have offered master classes in technique, partnering, composition and improvisation at Hunter College, Muhlenberg College, DeSales University, the University of Maryland, Grand Valley State University, Albion College, and Ballet Western Reserve, among others. They teach regular classes in NYC at Mark Morris Dance Center and Gibney Dance Center and currently as guest faculty at Purchase College. As members of Doug Varone and Dancers, both have taught and performed extensively in the U.S. and abroad, including Korea, the Dominican Republic, Russia, Argentina, Paraguay, Peru, and Hungary. In addition, they have performed for artists/companies such as Nancy Bannon, Alexandra Beller, Daniel Charon, Shannon Gillen, Heidi Henderson, Shannon Hummel, Tami Stronach, Donnell Oakley, and the Metropolitan Opera Ballet.

Burley graduated from the University of Michigan with degrees in Dance and English.