Movers & Shapes: From the Field no. 2

On this special episode of “Movers & Shapers: A Dance Podcast” we have for you a wide array of artists working in the dance field who are each trying to navigate what the coronaviris crisis means to them and the work they do. Inspiring, honest, hopeful, hear from Jessica Chen, Zoee Marsh, Miles Norton, Aria Roach, Mark DeGarmo, and Isabel Bowser. 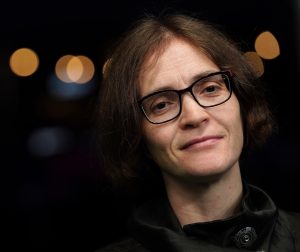 Cunningham traces Merce Cunningham’s artistic evolution over three decades of risk and discovery (1944–1972), from his early years as a struggling dancer in post-war New York to his emergence as one of the world’s most visionary choreographers. The documentary weaves together Merce’s philosophies and stories, creating a visceral journey into his innovative work. A breathtaking explosion of dance, music and never-before-seen archival material, Cunningham is a timely tribute to one of the world’s greatest modern dance artists.

Russian State University for the Humanities

“A study of Choreography for the Camera”

Katrina Browne “Traces of the Trade”