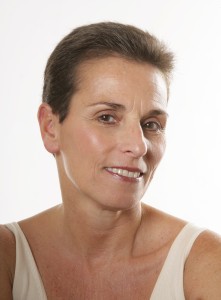 ABOUT CAROLYN DORFMAN, ARTISTIC DIRECTOR CAROLYN DORFMAN DANCE
Known as a creator of evocative dances that reflect her concerns about the human condition, Dorfman is interested in creating “worlds” into which the audience can enter. She has created stunning pieces that reflect a spirit and passion for life, people and truth, survival and renewal. Hailed as the consummate storyteller, Dorfman, a child of Holocaust survivors, has also created a celebrated body of work that honors her Jewish legacy; its trials and triumphs, its treasured uniqueness and, most importantly, its universal connections. Her interdisciplinary and intercultural approach on the stage and in the community explores the rich tapestry of human experience, tradition and stories – through the powerful universal language of dance.

Honored with many artistic and civic awards, Dorfman has been designated a Distinguished Artist by the New Jersey State Council on the Arts (NJSCA), which has granted her six Choreography Fellowships (most recently 2011). She received the Prudential Prize for Non-Profit Leadership (the first ever given to an artist) and the Jewish Women in the Arts Award for Dance from the Jewish Community Center of Metropolitan Detroit and the Janice Charach Epstein Gallery. Most recently, in 2012, she was named the Industry Partner of the Year from the Union County Vocational Technical School/Academy for the Performing Arts; in 2013 she received the Dance Advocate Award by DanceNJ; in 2014, she was named a “Woman of Excellence” in the Arts and Humanities by the Union County Board of Chosen Freeholders/The Union County Commission on the Status of Women. This year, she is honored to be chosen to receive the 2015 Humanitarian Award from Seton Hall University and The Sister Rose Thering Fund.

A Michigan native, Dorfman received her BFA in Dance with certification to teach grades K-12 from the University of Michigan and her MFA from New York University Tisch School for the Arts. A former Assistant Professor of Dance at Centenary College in NJ, Dorfman is a master teacher, mentor, and a guest artist/choreographer/lecturer at major universities, pre-professional and professional training programs across the U.S. A former artist and member of the board of the Yard and ArtPride NJ, she is currently on the Artist Committee of the All Stars Project NY/NJ and a member of their NJ Board of Trustees. She is a mentor for Dance USA’s mentoring program, is an Honorary Co-Chair of NJPAC’s Celebrate Dance Advisory Committee, and was recently appointed to the Advisory Board of the College of Saint Elizabeth Center for Holocaust and Genocide Education. Ms. Dorfman and the company lead the Dance Division for NJPAC’s Arts Education Program and is a resident artist, guest choreographer/teacher and mentor at leading pre-professional training programs in the U.S. 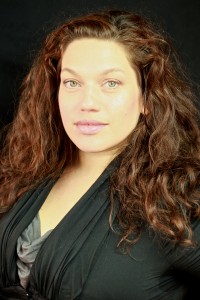 ABOUT ALEXANDRA BELLER
Alexandra Beller is Artistic Director of Alexandra Beller/Dances, which is currently celebrating its thirteenth anniversary. As a member of the Bill T. Jones/Arnie Zane Dance Company from 1995-2001, she performed in over 50 countries and throughout the U.S. In 2004-05 she helped to create “The Belle Epoch,” (Martha Clarke and Charles Mee). She was a 2-year Artist in Residence at HERE Art Space, and has also been an AIR at Dance New Amsterdam and DMAC.

Alexandra co-created the Choreographic Investigation Course at DNA, and curated the Modern Guest Artist Series at DNA and the Contemporary Forms Series at Gibney Dance Center. She is on faculty at Gibney Dance Center and Long Island University and frequently teaches Technique, Composition, Improvisation and other classes at the Atlantic Theater School, The New School, , 92nd St Y, and at Universities throughout the United States. She was a visiting artist at APA, CCDC, and DanceArt in Hong Kong, D-Dance Festival in Korea, Den Nordsk Balletthoskole in Oslo, Henny Jurriens Stichting in Amsterdam, and Cyprus Summer Festival in Nicosia. She was a guest choreographer at numerous Universities throughout the US including University of Michigan, Rhode Island College, Princeton, The University of South Florida, MIT, Texas Woman’s University, Connecticut College, Texas Christian University, and Bates College, among others, and received an NCCI commission from Montclair State University in 2003/2004.

Film work includes “Romance and Cigarettes” by John Turturro. In 2000, she was the subject of a series of photographs by Irving Penn, “Dancer.” Recent projects include the premiere of her evening length work, “other stories” at ICA in Boston (co-commissioned by Summer Stages), a tour to Jacob’s Pillow, and a residencies at The University of Iowa, University of Nebraska (Lincoln) and Oakland University. Upcoming projects include a two week season at La Mama (NYC) to premiere two programs of new work, including “milkdreams,” which has been the subject of two international documentaries. The company will also be touring throughout upstate NY in Winter 2015 to Geneva, Syracuse, Rochester, Brockport, and elsewhere.

ABOUT ALEXANDRA BELLER/DANCES:
Created in 2002, Alexandra Beller/Dances has been extremely active in the New York scene as well as throughout the United States, and has toured to Cyprus, Hong Kong, Oslo, Amsterdam, Poland, Russia, and Korea. The work has been commissioned by and performed at the Institute for Contemporary Art in Boston (ICA), Dance Theater Workshop, P.S. 122, Joyce SoHo, Danspace Project at St. Mark’s, University Settlement, Aaron Davis Hall, and other major NYC venues as well as Jacob’s Pillow, SUNY Purchase, and in Michigan, Massachusetts, Wisconsin and Arizona. The company consists of 4-6 performers and creates hybrid performances, which are collaborations with dramaturges, composers, set and light designers, costume designers and visual artists. Funding has been received from HERE Art Space, Dance New Amsterdam, The Foundation for Contemporary Performance Arts, LMCC, Puffin Foundation, The Trust for Mutual Understanding, Brooklyn Arts Council, Brooklyn Arts Exchange, American Music Center, and private funders. The Company has toured to Oslo, Amsterdam, Poland, Korea, and St. Petersburg, Russia.

COMPANY MISSION:
Alexandra Beller/Dances is an ensemble of highly skilled dancer/actors working on the edge between dance and theater. Rich with personal revelations, performances attempt to move, stimulate, impassion and incite the audience. Ripe with metaphor, abstracted narrative and controversial ideas, the dances often traffic through the uncomfortable territory of homophobia, sexism, and emotional isolationism. The company seeks to intersect distinctions between races, nationalities, sexual orientations and political affiliations through a series of artistic collisions. The creations are a truly hybrid form, where speaking and moving are essential forces in the creation of meaning. Dances often pay homage to great writers and landscapes of words are used to create a sense of place, time and relationship. Movement is a key to the startling, idiosyncratic and mysterious information that resides in the body. The process is highly collaborative and focuses on bringing as many artistic models to the table as possible in an attempt to create original imagery, sound and structure. Humor, irony, satire and pathos are interchangeable in the drive towards meaning. Education, performance, discussion and community involvement are all pathways taken towards audience and community partnerships.  Alexandra Beller/Dances became a 501©3 non profit company in 2006. 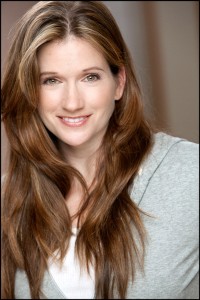 ABOUT TRACIE STANFIELD
As one of the most sought after dance educators in the world, Tracie connects with dancers from all walks of life. Tracie has been regularly featured in Dance Spirit Magazine, Dance Teacher and Capezio.com. Ms. Stanfield is on faculty at Broadway Dance Center in NYC, inspiring students from around the world in her classes. Additionally, she teaches Contemporary Lyrical at Peridance Capezio Center to the professional dance community.

Tracie serves as the Artistic Director of SynthesisDANCE, a contemporary jazz dance company based in New York City.  SynthesisDANCE has been seen at Jazz at Lincoln Center, Symphony Space, Booking Dance Festival in Edinburgh Scotland, Brooklyn College, Bryant Park, the International Dance Festival. SynthesisDANCE is a touring company and has performed throughout the US.

So You Think You Can Dance 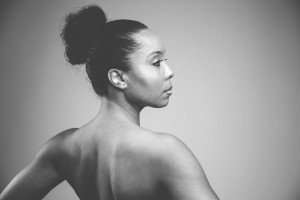