An Evening with The Moving Architects – POSTPONED (Montclair, NJ)

Due to the spreading of COVID-19, we are taking precautions and postponing this special event to be rescheduled for a future date.

2020 will mark the century milestone of U.S. women winning suffrage, gaining the right to vote in 1920.  Around us the individual and political voices of women are being amplified: 2020 is the year of the woman. Join us as we celebrate nearly 14 years of movement with the dance company The Moving Architects and their dynamic history of performance, education, and collaboration, upheld by the artistic vision of bringing the female voice and female form to the forefront. March 26, 2020 TMA will host an evening looking forward into the next decade of dance.  The event will feature delicious food and drinks, performances by TMA, and a unique opportunity for discussion with the dancers and Artistic Director.  Attending this evening supports TMA’s mission in producing new works, offering community classes, and providing platforms for dialogue and collaboration. We are grateful to all of our attendees for supporting the organization and who continue to make this work possible.

Tickets:
$25 General Admission or 2 for $50
$35 at the door
Purchase Tickets: themovingarchitects.ticketleap.com 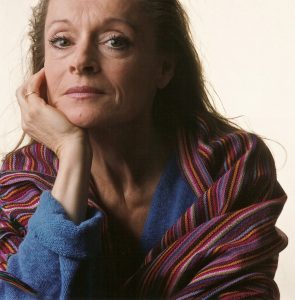 Dancer – teacher – director, a foremost exponent of the Martha Graham repertory andtechnique, Dakin is known for her performance of Ms. Graham’s roles and for those created for her by Martha Graham and artists such as Robert Wilson, Twyla Tharp and Martha Clarke.  She has performed recent work created for by Brice Mousset, Alejandro Chávez and Jaime Blanc in festivals in Mexico and the US and has been guest artist with the American Dance Guild, the Sokolow Theater/Dance Ensemble and since 2015 has produced and performed in programs at the Neighborhood Playhouse School of the Theater with guest musicians and choreographers.

Dakin has directed and written La Voz del Cuerpo / The Body Speaks; the personal poetics of a Martha Graham dancer. The film was created in collaboration with dancers and musicians from the United States and Mexico,  exploring the work and creative life of a dancer and was official selection in 2013 of New York City Independent Film Festival and Golden Door International Film Festivals, NewFilmmakers New York 2014, and has been shown at the 92Y in New York, the Museum of Contemporary Art in Oaxaca, Mexico and for International Day of Dance UNESCO in Barcelona.  Her filming, and commentary on fundamental sequences of Martha Graham’s technique, Terpsikon, Vol. 1, is available by subscription on Vimeo on Demand.

On the faculty of The Juilliard School, (1993 – 2003) , she is currently faculty at The Neighborhood Playhouse School of the Theatre and the Ailey School in New York, and is guest teacher for the Alvin Ailey American Dance Theater. She is known internationally as a teacher and guest artist from Russia to Latin America; since 1981 maintaining a special relationship with the Mexican dance community as teacher, choreographer, performer: guest performer with Compañía Ciudad Interior, Invernadero Danza Oaxaca , ‘choreographic guide’ at Encuentro de Creación Coreográfica EnTiempoReal2017,  teacher, choreographer with the Ballet Nacional de México, Universidad de Colima’s Ballet Folklórico (Dir. Rafael Zamarripa) and contemporary company Univerdanza,Universidad de Veracruz, Xalapa, Centro de las Artes in Sn. Luis Potosí and Querétaro, and Compañía de Danza Contemporánea de Yucatán. Her choreography in collaboration with Mexican composers and scenic designers premiered in Mexico City and the International Festival Sn. Luis Potosí.

Dakin was honored by the dance community with a “Bessie” New York Dance and Performance Award (2003) and the Dance Magazine Award (1994), and the 14thannual Labat Loano Grand Prix “Giuliana Penzi” 2015 Career Award. She was a Fulbright Senior Scholar (1999), recipient of a grant from CEC ArtsLink for performance in Vladivostok, Russia (1996), the Fondo Nacional para la Cultura y las Artes (2000) and two Rockefeller-US-Mexico Fund for Culture grants (1998, 2001) for choreography, research and teaching.

On film Ms. Dakin represented contemporary dance in the WNET production “Young Artists in Performance at the White House”, was a featured performer in the 1993 French documentary Les Printemps du Sacre.  In Japan (NHK) she was filmed in “Night Journey” and “Rite of Spring” for release on Bravo, and at the Paris Opera in “Herodiade”.  Other film credits include “Clytemnestra” and “Acts of Light” (WNET).

She is collaborating with Francesca Schironi, classics scholar, on a book/website project: “Dancing Myth”,  studying Martha Graham’s ‘Greek’ works.   She is dancer and founding member of Buglisi Dance Theatre (1993), of danz.fest(Italy 2008), guest teacher for “Tecniche Di Danza Moderna”(Italy 2017) and is honored to serve as a Creative Advisor for Robert Battle’s New Directions Choreographic Lab ( 2015/16 and 2016/17).  At the Radcliffe Institute with colleague, physicist Jane Wang, Dakin has investigated with artists and scientists: “Locomotion/Emotion; perception of complex movement and the dynamics of beauty” (2009); and “The Dynamics of Beauty: Human Perception of Complex Movement” (2011)

“Second Saturdays at Central” welcomes the dance company The Moving Architects in March as part of their monthly community programming at Central Presbyterian Church in Montclair. The Moving Architects will provide a family-friendly interactive dance and movement program and performance. “Second Saturdays” is a community-wide service program presented in collaboration with local arts organizations and businesses and offered to families for free or by suggested donation.

By first inhabiting St. Patrick’s Old School, and then the former James A. Farley Post Office, Condé Nast building, and UN Plaza building, the initiative offers independent curators free space within New York City landmarks, past and future. In exchange for no-cost exhibition space, visionary perspectives both established and unknown are charged with engaging these areas under a unifying theme and pushed to extend the boundries of typical market week practices, low overhead and shifting curatorial themes their assets to this end.

Crystal Gregory’s work investigates the intersection between textile and architecture. In “The Event of a Thread,” Gregory’s materials are those of support and change. Scaffolding is used to build, clean or repair, textile is used to protect or shield, and concrete pipes contain and carry. Pairing seemingly opposite worlds together, Gregory inverts material stereotypes while considering the life of each thread, “individually it is prone to stress, strain, and breakage, but as a collective the burden of tension becomes bearable.”

Gregory’s work is overlaid with The Moving Architects’ “Demure as Dynamite,” a dance intervention wherein women activate the materials of the sculpture through gesture and movement. The dancers also share the narrative of the choreography, which looks to portraits of women in the bible as depicted in the poetry of Thomas John Carlisle — Carlisle Norton’s late grandfather. Shamefulness, submissiveness, vitality, and heroism are traits pulled from the prose, thereby giving voice to faceless historical women in sections that reveal the darker underbelly of the female experience and sections that embrace the significance of camaraderie and generosity connecting women from biblical times through today.

January 23-25, 2020
The Moving Architects in collaboration with Imlay Gallery and sculptor Crystal Gregory