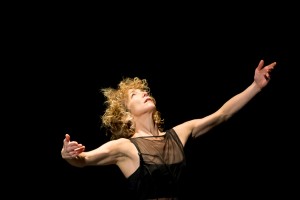 HEIDI LATSKY, originally from Montreal, first received recognition as a celebrated principal dancer for the Bill T. Jones/Arnie Zane Dance Company (1987-1993). Her experience there profoundly influenced her style and her philosophy of dance as she developed a reputation in her own right as a choreographer for stage, theater, and film.

In 1993, she received a commission from the Cannes International Dance Festival. Three years later, she was chosen to represent Canada at the Suzanne Dellal International Dance Competition in Tel Aviv and at Danse a Lille in France. Since then, Latsky has toured extensively throughout the United States and Europe with her own company and as part of Goldhuber & Latsky (with former partner Lawrence Goldhuber) [1996-2000].

Latsky headed the Movement Department at The School for Film and Television from 1998-2005, where she developed her teaching practice: The Latsky Method. She has taught internationally throughout her career and her “Movement Portraits in Action” program has been implemented at the AIDS Service Center and The Creative Center in NYC.

While working with Theater Director Mary Fulham, she received two Innovative Theater Award nominations. She served as choreographer on Academy Award nominated Katja Esson’s film “A Season of Madness” and as director and choreographer on Susan Murphy’s GIRL/GROUP at the Marquee, NYC (2003).

In 2001, she founded her own company, Heidi Latsky Dance (HLD). During the fall of 2006, Latsky began an intensive period of creation with bi-lateral amputee, Lisa Bufano. This marked a significant shift of focus for HLD and a period of immense growth, during which she more fully developed the company’s mission and vision. HLD received an ARC grant through Pentacle that included mentoring Latsky for a period of 18 months, and in 2009 she was chosen by Creative Capital Foundation as one of four choreographers nationally to receive a three-year award for her evening-length work, GIMP. In 2014, she was selected as the first participant in “Dance for Film on Location at Montclair State University,” a three-year short film series underwritten by the Andrew W. Mellon Foundation. The film will premiere as part of the company’s live show at Peak Performances in April 2015.

Her range of work is as varied as guest lecturing at Harvard University, performing with other Bill T Jones’ alumni in “SUMMER REUNION,” restaging a piece of Arnie Zane’s at the University of Wisconsin/Milwaukee, creating a work at the Aaron Academy for high school students with learning disabilities, directing workshops in performance skills, performing in 2012’s TEDxWomen, and developing new works for her contemporaries like Li Chiao Ping as featured in several films by Douglas Rosenberg, including Seven Solos in 2012.

Latsky has continued her work as an adjudicator of the American College Dance Festival Association’s (ACDFA) and serves on the Artist Advisory Board of Danspace Project. She has a BA in Psychology with Honors from Carleton University (1979), receiving the Senate Medal for Outstanding Academic Achievement and The Ottawa Ladies College Scholarship. 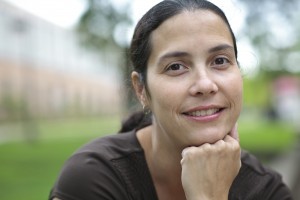 Elizabeth McPherson is an associate professor and coordinator of the BA in Dance (with teaching concentrations) at Montclair State University. She received her BFA from Juilliard, followed by an MA from The City College of New York, and a PhD from New York University. Dr. McPherson is the author of The Bennington School of the Dance: A History in Writings and Interviews and The Contributions of Martha Hill to American Dance and Dance Education, 1900-1995, as well as a contributor of articles and reviews to Ballet Review, Dance Teacher Magazine, Attitude: The Dancers’ Magazine and The Journal of Dance Education. She worked as a historical consultant on the film Miss Hill, Making Dance Matter and is the Executive Editor of the journal Dance Education in Practice, produced by the National Dance Education Organization. The focus of her research is teaching and learning in dance education with an emphasis on history. She has particular expertise in oral interviews, which make up significant portions of both of her books.

Dr. McPherson has staged numerous 20th century dance works from Labanotation and other sources. Recent projects include Antony Tudor’s Continuo and excerpts from Anna Sokolow’s Rooms. She is a board member of the Martha Hill Dance Fund (since 2005) and on the professional advisory committee of the Dance Notation Bureau. Performance credits include: Ernesta Corvino’s Dance Circle Company, Avodah Dance Ensemble, and the Louis Johnson Dance Theatre.

Nijinksky’s “Afternoon of a Fawn”