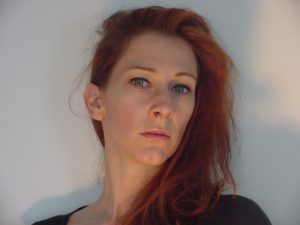 Blakeley White-McGuire is a New York-based dance performer, maker and teacher and holds an MFA in Interdisciplinary Arts from Goddard College. Critically acclaimed as a Principal dancer with the Martha Graham Dance Company (2002 – 2016, 2017) she has embodied the most iconic roles of 20th century Modern dance to international critical acclaim. As a leading practitioner of Graham’s technique, she materially contributed to three historical re-imaginings Ardent Song, Imperial Gesture, and Notes on a Voyage.

As a dance-maker, Blakeley’s original works have been presented by The Museum of Arts and Design, Downtown Dance Festival, Dancers Responding to Aids, New Ballet Ensemble, Jacob’s Pillow’s INSIDE/ OUT, Baton Rouge Ballet Theater, Roxbury Arts Group, RAW, the Moving Beauty series at Williamsburg Movement and Arts Center and the Martha Graham Dance Company in a collaboration for Graham II. Her writings expressing the 21st Century Dancer experience have been published by The Dance Enthusiast, The Huffington Post, Dance Magazine, Performance Research Journal, U.K. and most recently in A Life in Dance: A Practical Guide.

Blakeley has served on the faculties of the Ailey School, the New School, The Actors’ Studio and New York City’s famed LaGuardia High School for the Performing Arts as a teacher of technique, repertory and improvisation. A faculty member of the Martha Graham Center since 2002, she is also a coach and official register staging Martha Graham’s repertory internationally, most recently for Paul Taylor’s American Modern Dance and Ballet Vlaanderen. Blakeley continues to create, collaborate, research, lecture and perform. A passionate teacher, she leads masterclasses and residencies for companies, universities, studios and festivals worldwide.

Proceeds from the show will benefit the Natural Resources Defense Council. NRDC works to safeguard the earth—its people, its plants and animals, and the natural systems on which all life depends. 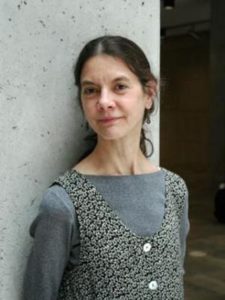 Karen Eliot danced in the Merce Cunningham Dance Company and now teaches in the Department of Dance at The Ohio State University. With Daniel Roberts, she staged Cunningham MinEvents at the Wexner Center for the Arts for the Leap Before You Look exhibit in 2016, and for Parallel Connections in 2017. Her books include Dancing Lives: Five Female Dancers from the Ballet d’Action to Merce Cunningham (2007) and Albion’s Dance: the British Ballet during the Second World War (2016). With Melanie Bales, she co-edited Dance on Its Own Terms: Histories and Methodologies (2013). Her research on the British ballet during WWII was awarded several OSU Arts and Humanities and College of the Arts research grants, and a Coca Cola Critical Difference for Women Grant. In 2016 she received a Received Alumni Award for Distinguished Teaching. She is a co-editor of Dance Chronicle: Studies in Dance and the Related Arts.