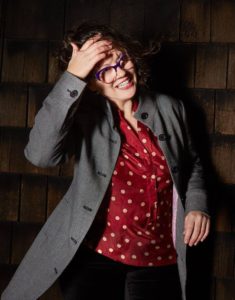 ABOUT BODYSTORIES: TERESA FELLION DANCE
BodyStories: Teresa Fellion Dance is a contemporary dance company that captures and communicates universal human encounters through dynamic, purposeful movement. We are a multifaceted, highly physical company laced with provocative, emotional, political and humorous edges. Our mission is to examine depths of society in their darkest and brightest moments and to inspire audiences to physically sense emotional and psychological aspects of the human condition on stage. Our work is intellectual and highly choreographed in every moment. It is intricately technical and controlled in every nuance, with a look that is not controlled. Live music is an important factor in many of our works. We also consistently work via in-depth collaborations in lighting, costume, video and set design. In addition to creating and performing innovative works, our company is committed to reaching diverse populations through outreach and education and maintaining a stable business model to sustain our work. Valuing international exchange, we collectively speak nine languages and research, perform, and collaborate with artists from five continents.

ARTISTIC DIRECTOR
Teresa Fellion founded BodyStories: Teresa Fellion Dance in late 2011, after working as an independent choreographer since 2004. Fellion’s work has been positively reviewed by The New York Times, NPR, The Huffington Post, The Scotsman, Oberon’s Grove, NYTheatre.com, The Skinny Magazine, World Dance Reviews, Edinburgh Festivals Magazine, Edinburgh Spotlight, Southampton Press, Stage Buddy, East Hampton Press, The Sun Journal, Broadway Baby, and Earth Press, among others. She has received the Choreographic Fellowship from SummerStages Dance Festival and ICA Boston and the American Dance Guild Fellowship for Jacob’s Pillow’s Choreographers’ Lab. Teresa has received grants for her work from The National Endowment for the Arts Window Award, O’Donnell Green Foundation for Music and Dance, Brooklyn Arts Council Community Arts Fund Grant, and space grants from ITE-Inception to Exhibition, MANA Arts/Armitage Gone! Dance, Mount Tremper Arts, Field FAR Space, and at Triskelion Arts and Mark Morris Dance Center through the Mellon Foundation. Teresa’s choreography has been commissioned by NYC Department of Transportation’s Summer Streets, chashama, Marigny Opera Contemporary Ballet, and The Hudson River Museum via the Jordan Matter Dancers Among Us exhibit. She has led workshops and master classes, and been commissioned to set work at University of Florida, Gainesville, NYU, Pace University, Castleton State College, University of Maine, Farmington, Jacob’s Pillow, Wilson College, and at several NYC and national performing arts schools. She has taught regularly at The Ailey School, Sarah Lawrence College, DreamYard Project, and Marquis Studios, and she is a faculty member and director of the Summer Dance Program at The Ross School.

Teresa was named Artistic Liaison between Cameroon & U.S. by president Paul Biya, while performing with National Ballet du Cameroun and at the National Soccer Cup Finals. She has performed for Lucinda Childs, Sarah Skaggs, Kimberly Young, M’Bewe Escobar, Skip Costa, and Martha Bowers, and she has performed works by Twyla Tharp, Deganit Shemy, Liz Lerman, and Megan Boyd, among others. Teresa completed a Dance MFA from Sarah Lawrence under Bessie Schonberg Scholarship, Certificate from the Ailey School under scholarship, and BA in French & English Literature, with a minor in dance from NYU as a merit scholar. 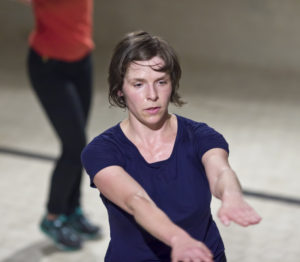 Sara Wookey is based in London as a dancer, choreographer and creative professional on a Tier 1 Visa endorsed by Arts Council England. She holds an MFA from the Department of World Arts and Cultures at the University of California, Los Angeles and is currently researching the intersections of dance and visual arts institutions, developing her project reDANCE and lecturers at Trinity Laban Conservatoire of Music and Dance. She has been a guest artist and researcher at, among others, TATE, Tanzfabriek Berlin, Cal Arts, and Yale-NUS. Sara is a certified transmitter of Yvonne Rainer’s iconic work “Trio A” and a square dance caller.