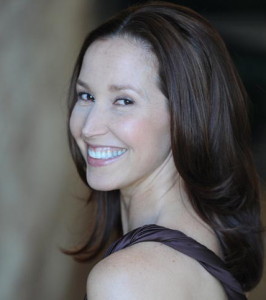 In 1997 she began creating solo performance projects, dancing and producing evenings that celebrated the voice of women in dance history.  Her first productionThe Singular Voice of Woman at The Place in London, was noted for “exceptional solos” and Judith Mackrell, dance critic for The Guardian UK, hailed Jowers as “not only a remarkable performer but an important dance historian…” Other original productions, Revealing Isadora and The Dance Goddesses of NYC were performed in New York City, staged as full concert evenings and excerpted at such venues as:The World Financial Center, The New Jersey Center for Performing Arts, The Joyce Soho, Joes Pub, OK Harris Dance Gallery, DanceNowNYC, The Henry Street Settlement, The University Settlement, The Culture Project, The Children’s Museum of Manhattan, and The 14th Street Y. Jowers‘ revival of The Singular Voice of Woman was performed in 13 concerts during the 2010 Edinburgh Fringe Festival and was particularly noted for her interpretation of Isadora Duncan “She brings just as much emotion, albeit a very different kind, to Isadora Duncan’s Revolutionary. Although this short piece consists of a small set of repeated movements, those movements are passionate, powerful, dramatic and despairing — thanks to both Duncan and Jowers — making this piece one of the highlights of the programme.”- Amanda Grimm, TheSkinny.co.uk

Christine started writing about dance at Sarah Lawrence College, later graduating from Goucher College with honors in Dance History/Criticism and Communications. In addition to her writing and videography for The Dance Enthusiast, she has been published by Dance/USA’s e-journal, From The Green Room, The Dance Insider, The Johns Hopkins University’s Literary Journal :The Hopkins Review, and The Huffington Post. Her writing has been highlighted by Thomas Cott, in his respected newsletter for arts administrators: You’ve Cott Mail.

As the editor of The Dance Enthusiast, Christine has been priviledged to lead talk backs on performance and writing, and coach interested groups of young writers from the Pentacle Internship Program, Arts Connection/High 5 Tickets to the Arts Program, and Columbia University. She has been delighted to work with interns from Florida State University, Hofstra, Pace, and Trinity/LaMaMa. Concerned with bridging the gap between audiences and performance, she designed The Dance Enthusiast’s Dance Up Close Series, a journalistic video program, to bring web audiences intimately into the working processes of New York City artists. Dance Up Close was awarded an Engaging Dance Audiences grant administered by Dance/USA through the Doris Duke Charitable Foundation in 2013. In 2014, Christine developed the offline audience engagement program Enthusiastic Events!, a project designed to address the problem of shifting attention spans, differing knowledge bases, and available free time in dance audiences. This program is supported by the Mertz Gilmore Foundation. Christine created a place for Audience Reviews on The Dance Enthusiast to encourage new voices in writing, and to develop dance literacy and advocacy. Read more about this in Lynne Conners, We The Audience on ArtsJournal.

As an artist, Jowers has been on the faculty of the Jose Limon Institute in New York City,  The Laban Centre for Movement and Dance Studies, and Danceworks in the UK, a guest teacher at the Islington Arts Factory, The Liverpool School of Performing Arts, and Roehampton College in the UK, as well as Goucher College, Kean College and various educational institutions in the USA.

Her particular interest in introducing young audiences to the beauty and inspiration of dance led her to foster outreach programs in communities throughout the east coast and Virgin Islands. She gave dance workshops, taught choreography, and performed for children and teenagers under the auspices of Artists in The Schools programs, Teen Arts, Young Audiences, and Very Special Arts programs. In 1991, Christine created a dance program for children and adults at the YWCA in Summit, NJ, directing the program from 1991-1996, and founding the highly regarded Free Community Dance Series there. Christine’s work in community dance was funded and commended by the Union County Office of Cultural and Heritage Affairs and the New Jersey State Arts Council. In 1999, established cj/MOVING ARTS PROJECTS’ MOVING KIDS SALON to sponsor workshops for kids and “their grownups” in New York City.

Originally from St. Thomas, Virgin Islands, where she grew up in a West-Indian family dedicated to the arts, community, and service, Christine caught the journalism bug as a college intern for New York Public Television’s MacNeil/ Leher Report. Christinelives in NYC with her extremely supportive husband, two enthusiastic sons, and a delightful, but skittish cat, named Gracie.

YOUR MOVE is New Jersey’s modern dance festival, presenting the work of 26 visionary choreographers and over 100 performers from across the country.  Now in its 7th season, the YOUR MOVE festival is widely recognized for its fresh and exciting lineup of high-caliber modern dance. Look for a Movers & Shapers: A Dance Podcast special episode on October 11 that features a behind-the-scenes talk with the festival founders and interview with Jersey City dance educator and artist Heather Warfel.

Now in its fifth year, Fall Further is a vehicle to showcase the work of Pentacle’s Gallery artists. Performed in the early Fall, Fall Further offers Pentacle’s Gallery artists an opportunity to showcase their touring works at a time when there is a sizable contingent of presenters in New York City for the Fall for Dance Festival. The Gallery at Pentacle is an eclectic group of vibrant and talented dance makers. Pentacle is excited to represent them in the national performing arts marketplace, helping them establish rewarding connections with presenters and communities. From solo performance to culturally specific dance-theater to multi-disciplinary and traditional modern dance companies, The Gallery encompasses a diverse range of engaging dance artists. There is much to be discovered. 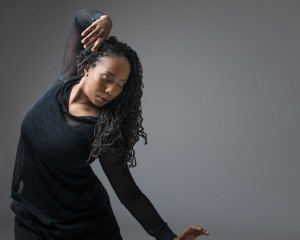 Crystal Michelle is a choreographer, dancer, and intermedia artist. She was named Associate Artistic Director of Dayton Contemporary Dance Company (DCDC) in 2014. Previous to her appointment, she was a dance artist with DCDC’s professional company for nine seasons, became Resident Choreographer, and appointed Arts Curriculum Coordinator in 2010 for DCDC’s education programs.

As coordinator, Ms. Michelle became integral to the design of Dancing to the Curriculum, a highly recognized arts-integration dance residency for elementary and middle grade students in Dayton Public Schools. Over the years, she has taught dance master classes and was teaching artist for the company’s outreach services.

As a choreographer, performer, and researcher she has traveled nationally and internationally, including Ougadougou, Burkina Faso and Port of Spain, Trinidad where she researched African Diaspora movement styles and began her newest venture: The Beautiful Archive Project. Ms. Michelle collaborated with Dayton’s Blackbird String Quartet, The University of Dayton’s Department of Music, the Khalid Moss Jazz Trio for the creation of Unrested and Unfaithful.

The creation of her site specific work The Descent of this Water: Rain (2014) was commissioned by the Dublin Arts Council and performed in Columbus and Dayton, Ohio. Her evening length contemporary work for DCDC, The Littlest Angel, premiered in December 2014. She set choreography to The King of the Magi and Martin Luther King from Duke Ellington’s, Three Black Kings performed by DCDC and accompanied by Dayton Philharmonic Orchestra in collaboration with The Dayton Performing Arts Alliance’s production of American Mosaic in 2015.

In 2014, she received the Individual Excellence Award from the Ohio Arts Council and was honored with the Josie Award, which recognizes individual excellence in the art of dance for performers in Dayton, Ohio. Ms. Michelle holds a MFA in Dance from The Ohio State University and a BFA in Dance Performance from Southern Methodist University. She is a member of the Association of Performing Arts Presenters Inaugural Class of Leadership Fellows.