By ecnortonJune 20, 2022Podcast
No Comments 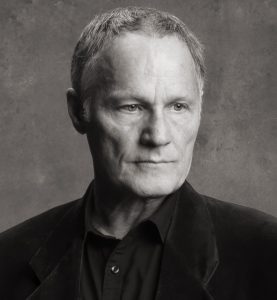 LAR LUBOVITCH is one of America’s most versatile and widely seen choreographers. He founded the Lar Lubovitch Dance Company in 1968. Over the course of 54 years, it has gained an international reputation as one of America’s top dance companies, produced more than 120 dances and performed before millions across the U.S. and over 40 countries. Many other major companies throughout the world have performed the company’s dances, including American Ballet Theatre, New York City Ballet, San Francisco Ballet, Paris Opera Ballet, Royal Danish Ballet, Alvin Ailey American Dance Theater, the Joffrey Ballet, Martha Graham Dance Company, and more. Lubovitch has created ice-dancing works for Olympians John Curry, Peggy Fleming, Dorothy Hamill, Brian Orser, JoJo Starbuck, and Paul Wylie, and he has created feature-length ice-dance specials for TV: “The Planets” for A&E (nominated for an International Emmy Award, a Cable AceAward, and a Grammy Award) and “The Sleeping Beauty” for PBS and Anglia TV, Great Britain. His theater and film work includes Sondheim/ Lapine’s Into the Woods (Tony Award nomination), The Red Shoes (Astaire Award), the Tony Award-winning revival of The King and I (on Broadway and in London’s West End), Disney’s Hunchback of Notre Dame in Berlin, and Robert Altman’s movie The Company (American Choreography Award). In 2016, he premiered “The Bronze Horseman,” based on the Pushkin poem, for the Mikhailovsky Ballet in Russia. In 1987, he conceived Dancing for Life, which took place at Lincoln Center. It was the first response by the dance community to the AIDS crisis, raising over one million dollars. Together with Jay Franke, in 2007 Lubovitch created the Chicago Dancing Festival, in collaboration with the City of Chicago and the Museum of Contemporary Art. It presented 10 seasons entirely free to the public. Recent awards: 2007 named Chicagoan of the Year by the Chicago Tribune; 2008 named similarly by Chicago Magazine; 2011 designated a Ford Fellow by United States Artists and received the Dance/USA Honors Award; 2012 his dance “Crisis Variations” awarded the Prix Benois de la Danse for outstanding choreography at the Bolshoi Theatre; 2013 honored for lifetime achievement by the American Dance Guild; 2014 awarded an honorary doctorate by The Juilliard School; 2016 received the Scripps/American Dance Festival Award for lifetime achievement and the Dance Magazine Award, named one of America’s Irreplaceable Dance Treasures by the Dance Heritage Coalition and appointed a Distinguished Professor at UC/Irvine. In honor of his company’s 50th anniversary, in 2018 he was presented with the Martha Graham Award for lifetime achievement.

“Each In His Own Time” NYC Ballet

NY Library for the Performing Arts