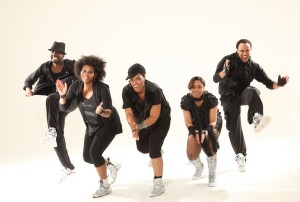 Maxine Lyle has been a choreographer, teaching artist and producer for fifteen years, specializing in African-American step dance. She began stepping at the age of seven in her hometown of Newark, New Jersey and has been performing ever since. She holds a Bachelor of Arts degree in English from Williams College, where she co-founded Sankofa, the Williams College step team, now in its twentieth season under the Williams College Dance Department. She holds a Master of Fine Arts degree in Theatrical Management and Producing from Columbia University School of the Arts. She has produced several plays and has also directed a youth theatre ensemble in Newark with the All Stars Project of New Jersey. In addition to her theatrical projects, she remains committed to arts education. She developed and implemented one of the first full-time, accredited step dance curriculums in the country, at Harlem Prep Middle School where she taught step for three years. She has also engaged in numerous arts education programming, combining step and other art forms through organizations such as Girls Leadership and The Leadership Program.

Soul Steps speaks the language of rhythm.  Founded in 2005 by Maxine Lyle, the company is based in New Jersey and New York and showcases the African-American dance tradition known as “stepping” (not to be confused with Irish step dance!). Their mission is to expand the presence of stepping throughout the world while creating avenues for cultural exchange and awareness among diverse communities. Step started among African-American fraternities and sororities on college campuses as a means of unity and self-expression, and has deep roots in the migrant labor culture of South African gold mines. For close to a century, step dancers have used their bodies as percussive instruments to create a new physical language that inspires, celebrates and forges community. Soul Steps brings this explosive art form to the stage in a high-energy performance that combines percussive movement, hip-hop rhythms, and call and response. Their performances, residencies, and educational programming are suitable for all ages.