By ecnortonNovember 15, 2018Podcast
No Comments 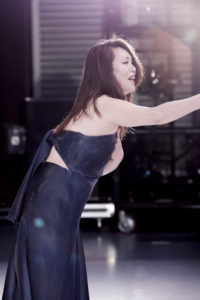 A pioneer of “Hallyu: Korean Wave”, Young Soon Kim, an internationally acclaimed choreographer whose work has been hailed for its exhilarating, visually stunning, and emotionally rich phrases and textures.

Schauspielhaus in Cologne, Germany; as well as the Festival d’Avignon in Avignon, France, among others. In 2003 Ms. Kim was featured in the documentary film Arirang: The Korean American Journey, which was premiered at the Smithsonian Institute and broadcasted nationwide by PBS. In 2013 and 2014, Ms. Kim was nominated twice for the Annual KBS Global Korean Award.

In addition, Ms. Kim has been one of the most recognized producers/curators in New York City through WHITEWAVE’s three Annual Dance Festivals: DUMBO Dance Festival, Wave Rising Series and CoolNY Dance Festival. Kim also served as a juror for New York City Department of City Affairs in 2006 and for the Lower Manhattan Cultural Council in 2014. Currently, Mr. Kim serves as a member of The Bessie Presenter League for the past three years.

After featured at the 2017 La MaMa Moves! Dance Festival, WHITE WAVE Dance’s Canadian Première of “iyouuswe” at the 2018 Vancouver International Dance Festival was a resounding success!

The Georgia Straight’s Gail Johnson raved that “This beautifully crafted piece…present[s] moments of subtle tension, but it pulses most profoundly with harmony.” “In duets, trios, and other ever-shifting configurations, things unfurl organically; there’s a natural, poetic rhythm here that hums beneath, as if to imply things are unfolding as they should—whether it’s within a couple or the universe itself.”