By ecnortonJanuary 31, 2017Podcast
No Comments 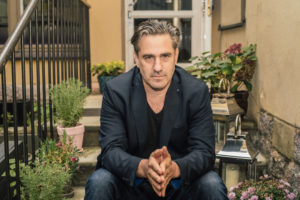 Tomer Heymann was born in Kfar Yedidia in Israel in 1970 and has directed many documentary films and series in the past ten years, most of them long-term follow-ups and personal documentations. His films won major awards at different prestigious film festivals including his first film “It Kinda Scares Me”. “Paper Dolls” won three awards at the 2006 Berlin Film Festival and the audience’s award at the Los Angeles Festival. The film and TV series “Bridge over the Wadi”, co-produced with the American ITVS, won the Israeli Documentary Film competition, participated in IDFA Festival’s prestigious competition and won many awards around the world. Tomer’s new 8-part series “The Way Home” was recently broadcasted by the Yes Doco Channel in Israel and won the best documentary series award at the 2009 Jerusalem International Film Festival.

“The Queen Has No Crown”

“Bring Over the Wadi”