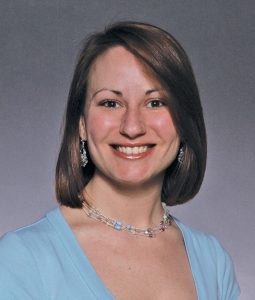 Megan Slayter is a dance educator, administrator, historian, and lighting designer at Western Michigan University where she is an Associate Professor of Dance and the Acting Associate Director of the School of Theatre and Dance.  Her ongoing collaborative research with dance historian Jessica Lindberg Coxe, has resulted in the reconstruction of four dances by modern dance pioneer Loïe Fuller. “Fire Dance”, “Night”, “Lily of the Nile”, and “La Mer” have been reconstructed and commissioned for performance by universities, dance companies, and art museums across the country. “Fire Dance”, “Night”, and “Lily of the Nile” are featured on the DVD documentaryLoïe Fuller: Dancing in the Light Fantastic available through Dance Horizons. A DVD of Slayter and Lindberg’s reconstruction process for Fire Dance was produced in 2003 by John Mueller is available through The Dance Film Archive.  Slayter and Lindberg are founding members of Dancestry, a coalition of artists who seek to put the work of Loïe Fuller, Isadora Duncan, and Erik Hawkins in conversation through live performance and community engagement.  The inaugural Dancestry concert at the Long Center in Austin, TX in 2015 received critical acclaim from the Austin Critics’ Table including nominations for Best Dance Concert, Best Dancer: Jessica Lindberg Coxe, and Best Lighting Design: Megan Slayter.  As the resident dance lighting designer at Western Michigan University, Slayter has designed for new works by esteemed guest artists including Peter Chu, Gabrielle Lamb, KT Nelson, Nelly von Bommel, Ron DeJesus, Lauren Edson, Eddie Ocampo, and Autumn Eckman; and reconstructed designs for works by Gerald Arpino, George Balanchine, Robert Battle, Frank Chaves, Lou Conte, Ohad Naharin, David Parsons, Anthony Tudor, and Doug Varone.  She is an elected representative to the Board of Directors of the American College Dance Association (ACDA) where she serves as the East-Central Regional Director.  She also serves as a site evaluator for the National Association of Schools of Dance (NASD).  She received her MFA in Dance with an emphasis in lighting design from The Ohio State University and her BA in Dance from Western Michigan University.