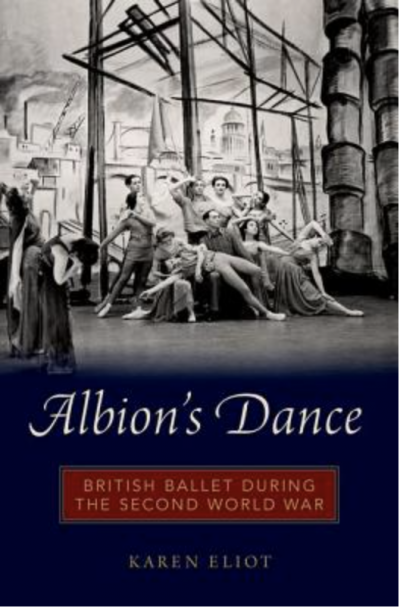 When the Second World War broke out, ballet in Britain was only a few decades old. Few had imagined that it would establish roots in a nation long thought to be unresponsive to dance. Nevertheless, the war proved to be a boon for ballet dancers, choreographers and audiences, for the nation’s dancers were forced to look inward to their own identity and sources of creativity. As author Karen Eliot demonstrates in this fascinating book, instead of withering during the enforced isolation of war, ballet in Britain flourished, exhibiting a surprising heterogeneity and vibrant populism that moved ballet outside its typical elitist surroundings to be seen by uninitiated, often enthusiastic audiences. Ballet was thought to help boost audience morale, to render solace to the soul-weary and to afford entertainment and diversion to those who simply craved a few hours of distraction. Government authorities came to see that ballet could serve as a tool of propaganda; the ways it functioned within the larger public discourse of propaganda and sacrifice, and how it answered a public mood of pragmatism and idealism, are also topics in this story of the development of a national ballet identity. This narrative has several key players– dance critics, male and female dancers, producers, audiences, and choreographers. Exploring the so-called ballet boom during WWII, the larger story of this book is one of how art and artists thrive during conflict, and how they respond pragmatically and creatively to privation and duress.

Karen Eliot is a Professor in the Department of Dance at The Ohio State University. Her books include Dancing Lives: Five Female Dancers from the Ballet d’Action to Merce Cunningham (2007), and the edited anthology Dance on its Own Terms: Histories and Methodologies (2013) with co-editor Melanie Bales. She serves on the advisory board of Dance Chronicle and her articles appear in Dance Chronicle, Dance Gazette, and Dance Research Journal.