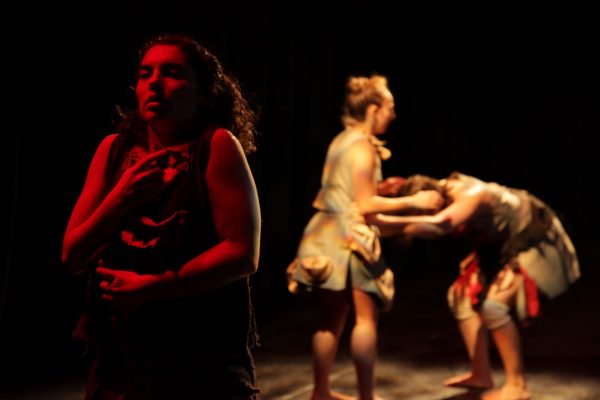 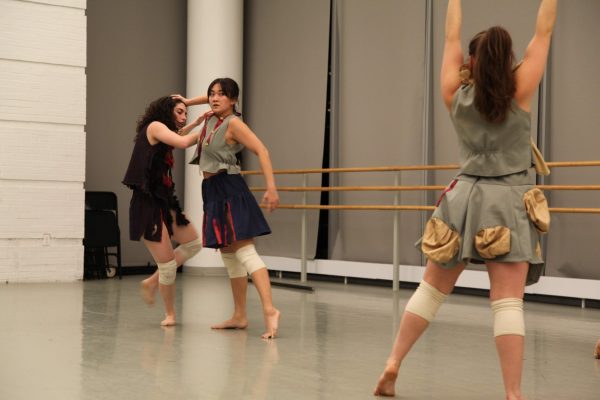 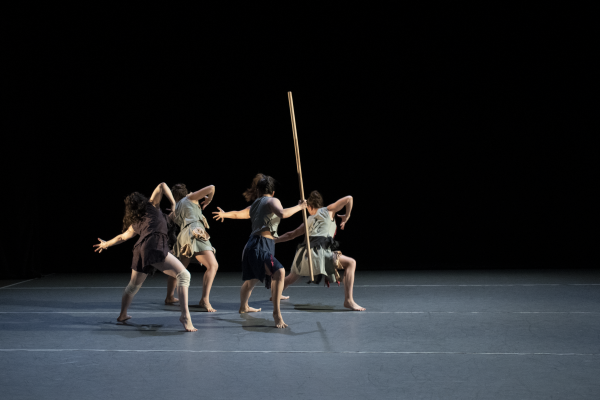 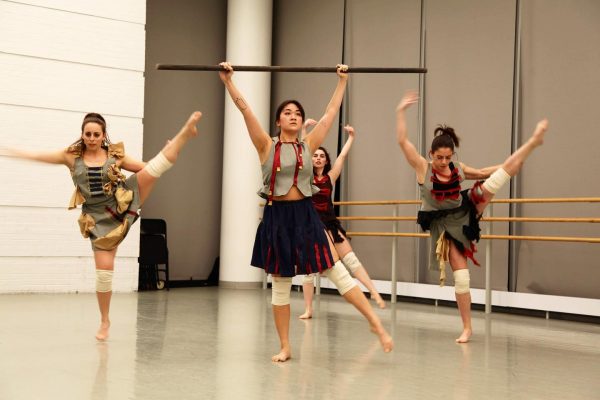 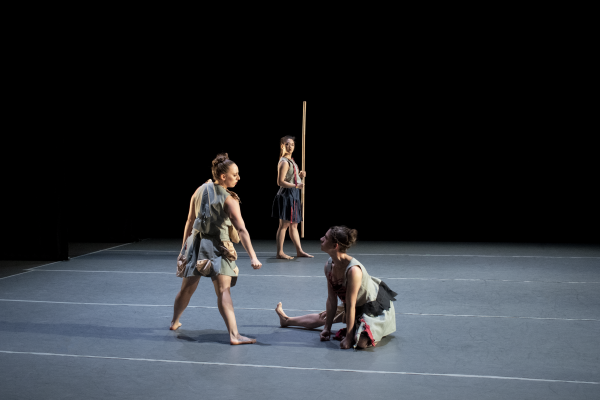 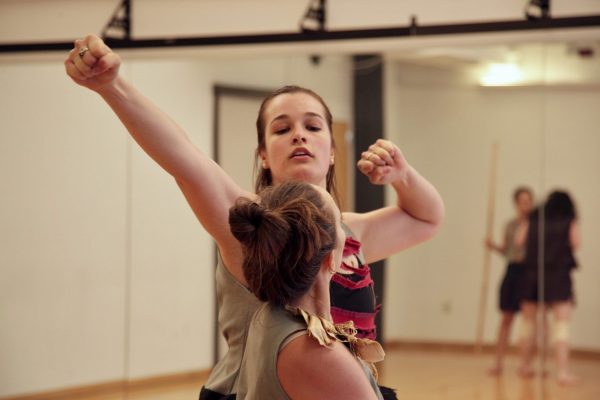 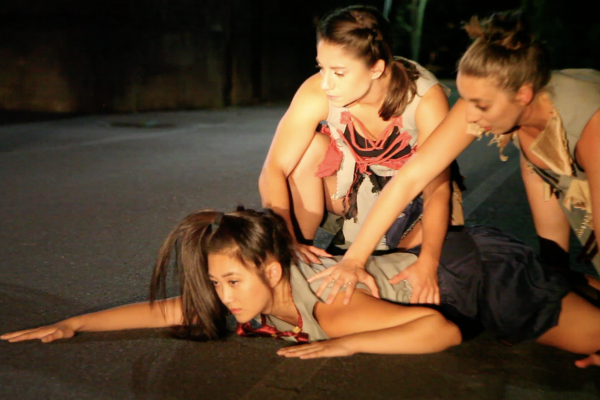 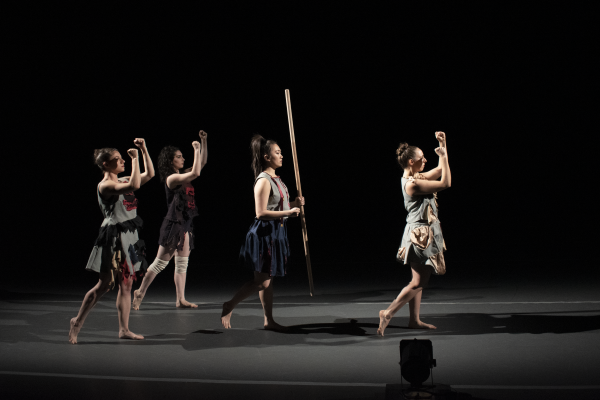 “COUP” is about Power – who has it, what it looks like, how it feels, and why we live in reaction or agreement with its subliminal and prominent presence.  Tenaciously performed by the all-female company to a buzzing sound score, one individual tries do dominate all relationships as the world around her is constructed and falls apart with emotional and physical extremes.  Performed with a large wooden stick and constructed/deconstructed military-inspired costumes, the work is largely inspired by our political climate.