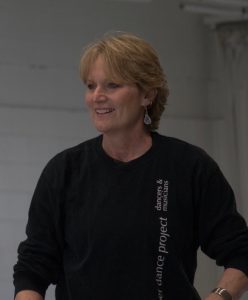 Movers & Shapers: From the Field no.3 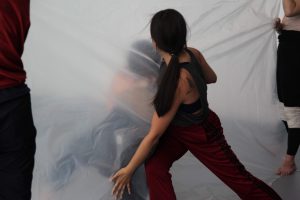 From the Field no. 3

On this special episode of Movers & Shapers you will hear from an array of artists working in the dance field, each uniquely navigating  what COVID-19 means to them and the work they do.  On this episode, hear from 4 artists that launched new programs or initiatives during this era, despite of and in response to the challenges of our time. 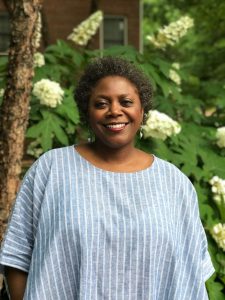 Denise Saunders Thompson has extensive experience in non-profit and for-profit, established or start-up organizations. She has advised organizations on administrative, programmatic and fundraising issues including strategic plans, policy and procedures, communications programs, budgeting and contracts. Currently, Denise is the President and Chief Executive Officer for the International Association of Blacks in Dance, a non-profit service organization and D.d.Saunders & Associates, Inc., a comprehensive fine arts advisory firm offering artist management/ representation, arts producing, consulting, and production services. She recently held the position of Professorial Lecturer at American University in the Graduate Arts Management Degree Program. In April 2015, Denise completed 17 years of service at Howard University in the capacities of Professor, Theatre Manager/ Producing Artistic Director for the Department of Theatre Arts and Manager of Cramton Auditorium. She is Co-Founder of PlayRight Performing Arts Center, Inc., a non-profit arts organization in Atlanta, Georgia, and former Business Manager for The Malone Group, Inc. a non-profit arts organization in Washington, D.C. that co-produced Black Nativity at The John F. Kennedy Center for the Performing Arts for six years. Denise currently serves on the Board of Trustees for Dance/USA, Arts and Humanities Council of Montgomery County, Friends of Theatre and Dance at Howard University, is a Member of Actors Equity Association (AEA) and Women of Color in the Arts (WOCA).

Freelancing in the Washington, D.C. metropolitan area and across the nation in production and arts management, Mrs. Thompson has held positions at The John F. Kennedy Center for the Performing Arts, Debbie Allen Dance Academy, Alliance Theatre Company, National Black Arts Festival, 1996 Olympic Arts Festival, 1996 Olympics, Lincoln Theatre, Several Dancers Core, the Atlanta Dance Initiative, the Mark Taper Forum, the Shakespeare Theatre at the Folger, Harrah’s Marina Hotel Casino as well as other numerous positions. In addition, she is a grant recipient of the National Endowment for the Arts, Smithsonian Institution National Museum of African Art, DC Commission on the Arts and Humanities, and the St. Paul Companies. She holds an M.F.A. from the University of California, Los Angeles in Arts Producing and Management, and a B.F.A. from Howard University in Theatre Arts Administration. Denise is the proud mother of Kellen, stepmom to Darrin, Jr., and happily married to Darrin, Sr.

IABD’s Can You Hear Me Now?

“Can You Hear Me Now?” Campaign

Council on Library and Information Resources 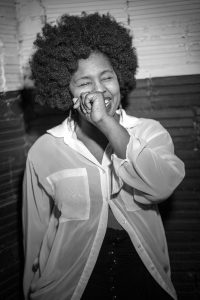 Staycee Pearl is the co-artistic director of PearlArts Studios and STAYCEE PEARL dance project & Soy Sos (SPdp&SS), where she creates artful experiences through dance-centered multimedia works in collaboration with her husband and artistic collaborator, Herman “Soy Sos” Pearl. In 2010, SPdp&SS debuted at the Kelly-Strayhorn Theater, and served as the theater’s resident dance company for three years. The Pearls proudly opened their dance/art/sound space, PearlArts Studios, in April of 2012. Since, the duo has produced several works including ..on being…, OCTAVIA, and FLOWERZ. They are both passionate about sharing resources and creating opportunities for the arts community and has initiated project-generating programs including the Charrette Series, the In The Studio Series, and the PearlDiving Movement Residency. Staycee has exhibited visual art works in exhibitions curated for SPACE Gallery, Fe Gallery, and The August Wilson Center and is responsible for the choreography of many musicals and operas presented throughout Pittsburgh between 2004 and 2018 including In “The Heights” for the University of Pittsburgh, Drama Department, Nathan Davis’ “Just Above My Head”, and the Alumni Theater Company in “Rent”. SPdp&SS recently toured Italy and New York with their work-in-progress showing of CIRCLES: Black-Grrlness on repeat in early 2020, and in the Summer of 2019, premiered both “sym” and “sol.” at their very first pearlPRESENTS Dance Festival. The festival featured works in collaboration with Island Moving Company (IMC) of Newport R.I., and Sidra Bell Dance New York (SBDNY) 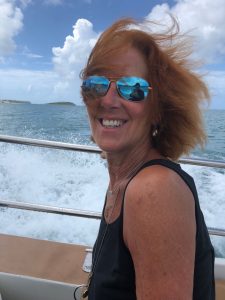 My vision is to incite awareness of dance through non-traditional means that join artist and audience in an inspirational experience for both.

The daughter of a painter, I went to Goucher College to study visual and creative arts and graduated as the first dance major, charting the development of one of today’s most vital college dance programs across the country.  Paving my own way, I continued my career as a dancer at what was then considered ‘too late’, creating a small repertory company to sustain both my love of neo-classical ballet that I had studied at a very young age and my eagerness to explore new and contemporary movement styles.  My visual arts background and interest in design, have always led me into unusual urban spaces, inspiring my first gallery performance on Wooster Street in Soho in 1993.  The intimacy and enormous enthusiasm between the artists and audience members at this performance predicted my current artistic direction. I have worked over the past two decades to refine ways to make dance accessible and welcoming, bending the rules to offer audiences and artists a new way to experience dance that is relevant and fun.  As I move DanceNOW[NYC] into the next decade, my vision continues to encompass the untraditional, the unconventional and the unknown that has been the foundation of my personal goals and this organization for more than two decades.

As a dancer, I am aware of the enormous challenges that face performers, choreographers and companies.  As an administrator, my vision is guided by concern for the survival of today’s dance makers, particularly young artists.  I am steadfast in my commitment to provide opportunities that present new choices, stimulate creativity, advance careers, and encourage today’s dance makers to explore the untried, defy the archetypical and carve a path to uncover new means of expression.